Due to the current Covid 19 pandemic and in line with Government advice our office is now closed.
Our staff are continuing to work remotely from home and have access to email and phone messages.
We are continuing to do everything possible to assist our many clients and we are prioritizing our lettings clients and tenants,
along with those involved with property transactions that are nearing exchange or completion.
We are still processing rent and other payments and carrying out all work that can be dealt with remotely whilst avoiding risk to our staff and the public.
Please continue to get in touch. We can be contacted by leaving a message on our main phone line 0116 222 7575.
Please select the correct option for the department you need as this will assist us in responding to you.
You can also contact us by email or via our website as usual.
Please bear with us as we may take a little longer to respond than usual. We will do everything we can to assist you and thank you for your continued support. 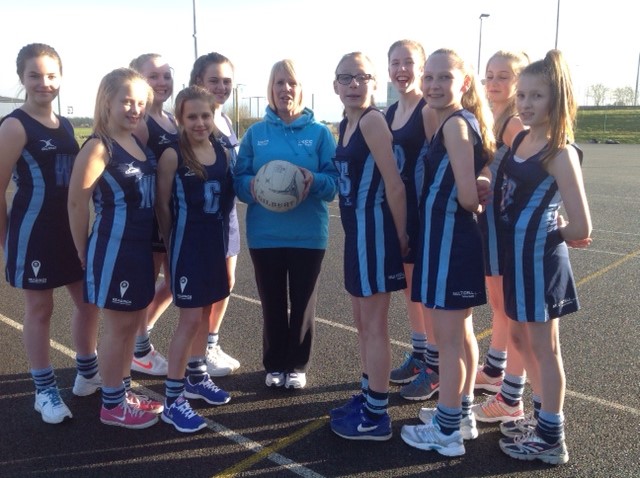 ……We cover the County as well! One of the best High Schools in South Leicestershire (Ofsted “Outstanding” http://thomasestley.org.uk/parents/ofsted-report/), is Thomas Estley Community College in Broughton Astley.

When we heard that they had a very keen, talented girl’s netball team, but no proper kit, we joined forces with another local business to provide the team with a smart new strip!

PE teacher at Thomas Estley, Sarah Kavannagh commented: “When Readings offered to sponsor our new strip with their smart new logo, we could not believe it! The girls on the team feel fabulous when they step out onto the Netball court. We play all over Leicestershire and while we’ve always been able to hold our own against the competition when we’re playing netball, we’ve not been able to compete when it comes to kit. All that has now changed! We’re having a fantastic season and the team has a real spring in its step. It’s so nice that one of the largest independent Estate Agents in Leicester are helping out in local communities such as ours!”

Readings director Will Ravenhill added: “The staff and pupils at Thomas Estley work so hard for each other. This is reflected in their excellent OFSTED report. Like many schools in Leicestershire, though, funding from central government is limited. It, therefore, feels great to do something very small and philanthropic, but which has had a great effect on those members of the netball team. It’s important that as business owners, we understand that we are also part of the community. We’ll be following the team with great interest this year!”